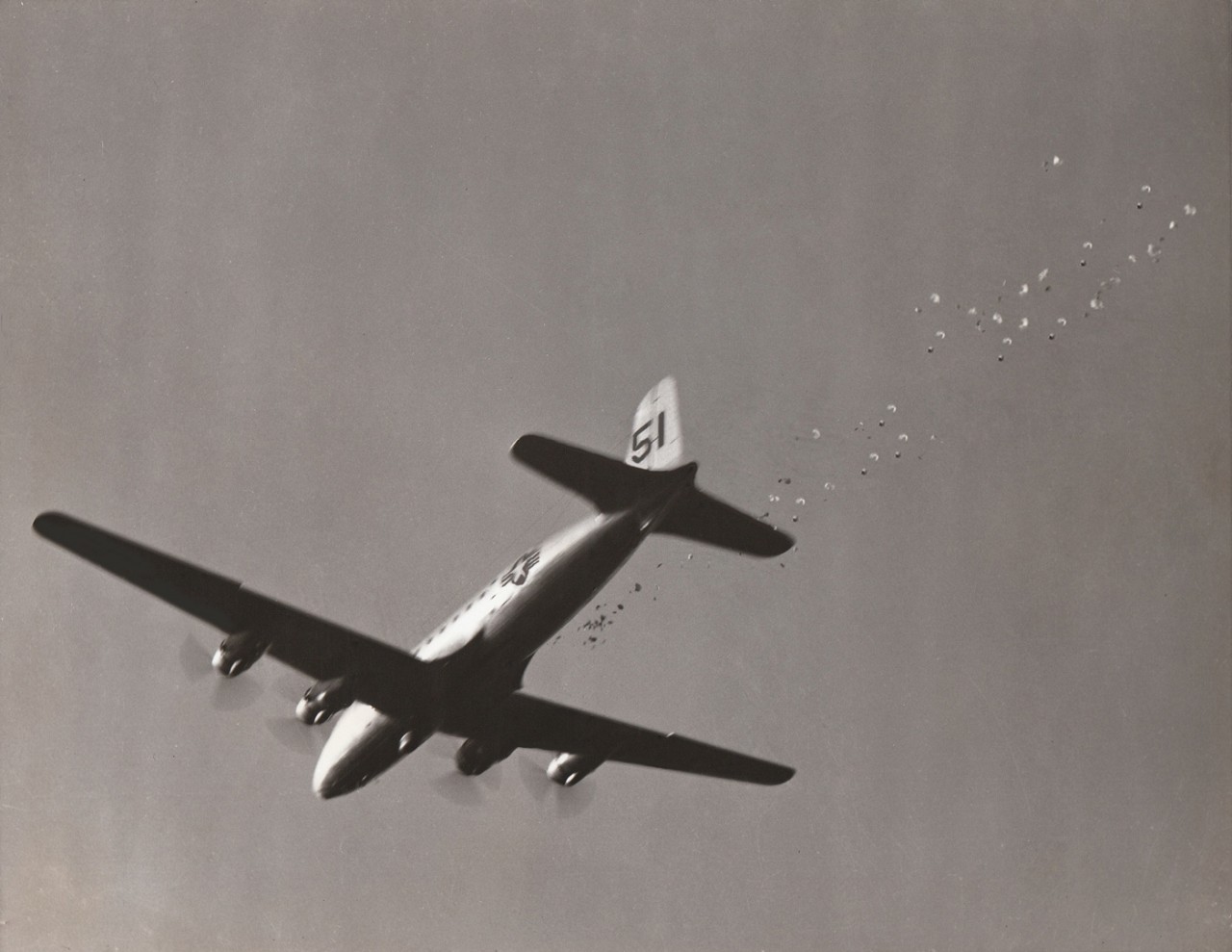 To Present “What It Means to Be A Hero”

“The Berlin Candy Bomber is a love story — how two sticks of gum and one man’s kindness to the children of a vanquished enemy grew into an epic of goodwill spanning the globe — touching the hearts of millions in both Germany and America.” –Deseret News

Ivins, UT – The Southern Utah Veterans Home (SUVH) is pleased to announce that Colonel Gail S. Halvorsen, The Berlin Candy Bomber will be the keynote speaker at a free community event on their Ivins campus Friday, September 11, 2015 at 1:30 p.m. in celebration of Patriot Day.   Prior to the presentation the Veterans Home doors will open at 12:30 allowing visitors to tour the campus and purchase books about The Berlin Candy Bomber at a Barnes & Noble sponsored table.

Col. Halvorsen was one of hundreds of U.S. pilots tasked to provide food via airlift to more than two million people facing starvation in June of 1948 when Russia sieged Berlin and severed the flow of food and supplies via highway in Germany.

In a time of tragedy, lies great charity.  While in Berlin, Halvorsen saw a large group of children standing by the airport watching the incoming planes. Halvorsen wanted to recognize the kids, but only had two sticks of gum in his pocket to give.  Handing the gum through the fence, the young pilot was amazed by how well the group shared the gum, some broke the pieces of gum into smaller pieces to pass around.  Once the gum was gone, other children took turns smelling the sugary wrappers.  Seeing how thrilled they were by this small gesture, Halvorsen promised he would drop more candy to them the next time he flew to the area.  He told the children they would know it was his plane when he “wiggled his wings”.

True to his word, as he flew in the next day he dropped several small bundles of candy using parachutes crafted from handkerchiefs to slow their fall. Local newspapers picked up the story. Suddenly, letters addressed to “Uncle Wiggly Wings” began to arrive as the children requested candy drops in other areas of the city. Word spread to America very quickly, and candy contributions were sent from across the country. Within weeks candy manufacturers began donating candy by the boxcar.

Just eleven months later in May 1949, the highway blockade ended, and the airlift ended in September. But the story of Uncle Wiggly Wings and the candy-filled parachutes lives on–a symbol of human charity.

This type of kindness is truly inspirational, and a message the Southern Utah Veterans Home is proud to share with the community. Jerry Olson, Administrator said, “The Candy Bomber is a historical icon and a celebrity.  He is a national hero not only because he served our country in Germany, but because he brought kindness and service during a difficult post war period.  He represents all that is great about America.  America is great not only because of our great military strength, but because we serve and care for all of humanity, not just our own citizens.   When I found out that we were lucky enough to have the Candy Bomber visit us on Patriot Day, I immediately went out and bought one of the books about him, and I have been reading it to my children.  This is a unique opportunity to teach my children about one of the great stories of World War II and post-World War II.  More importantly, they will have the priceless opportunity to hear and see Colonel Halvorsen.  I’m certain they will remember this for the rest of their lives.  We are all extremely excited!”

In the spirit of the Candy Bomber, Colonel Whicker, Washington County AFJROTC will assist Col. Halvorsen to replicate a candy drop for some very lucky Ivins elementary school children and SUVH resident veterans.

The 2 year old skilled nursing facility strives to provide engaging, relevant programs and activities for their resident veterans and the community as well.  There are many celebrations throughout the year as the team strives to provide renowned speakers, especially on days like Patriot Day.  Recreation Director, Vie Van Noy said, “This event is a great way for all of us to remember the heroes of our history and to motivate the heroes of our future.”  In fact, many SUVH residents served in WWII, just before the now globally known practice of Candy Bombing began.  Residents are excited to meet the man who started it all. Stan Snow, SUVH Resident Council President is also looking forward to meeting the Colonel, “I like the idea of the Candy Drop! Children are a wonderful part of society. Their needs are important! Sometimes we get wrapped up in life and don’t remember the importance of children. The Candy Bomber recognized the importance of children and what they’d been through during the conflict. He wanted to do something nice for the children who were likely forgotten during the war.”

“Patriot Day on September 11th will be an exciting one in Ivins this year with the Southern Utah Veterans Home bringing Gail Halvorsen “The Candy Bomber” here to speak and drop candy over the play yards at two of our elementary schools as well as the Veterans Home.  It just doesn’t get any better than that.” – City of Ivins, UT Mayor Chris Hart

Van Noy explained, “When Mayor Hart shared his thoughts, I thought he really summed this opportunity up well.  It truly doesn’t get better than this.”

Please join the Southern Utah Veterans Home for this community event and an opportunity to tour the campus.

Cost:  FREE to all; Open to the public.

About The Berlin Candy Bomber 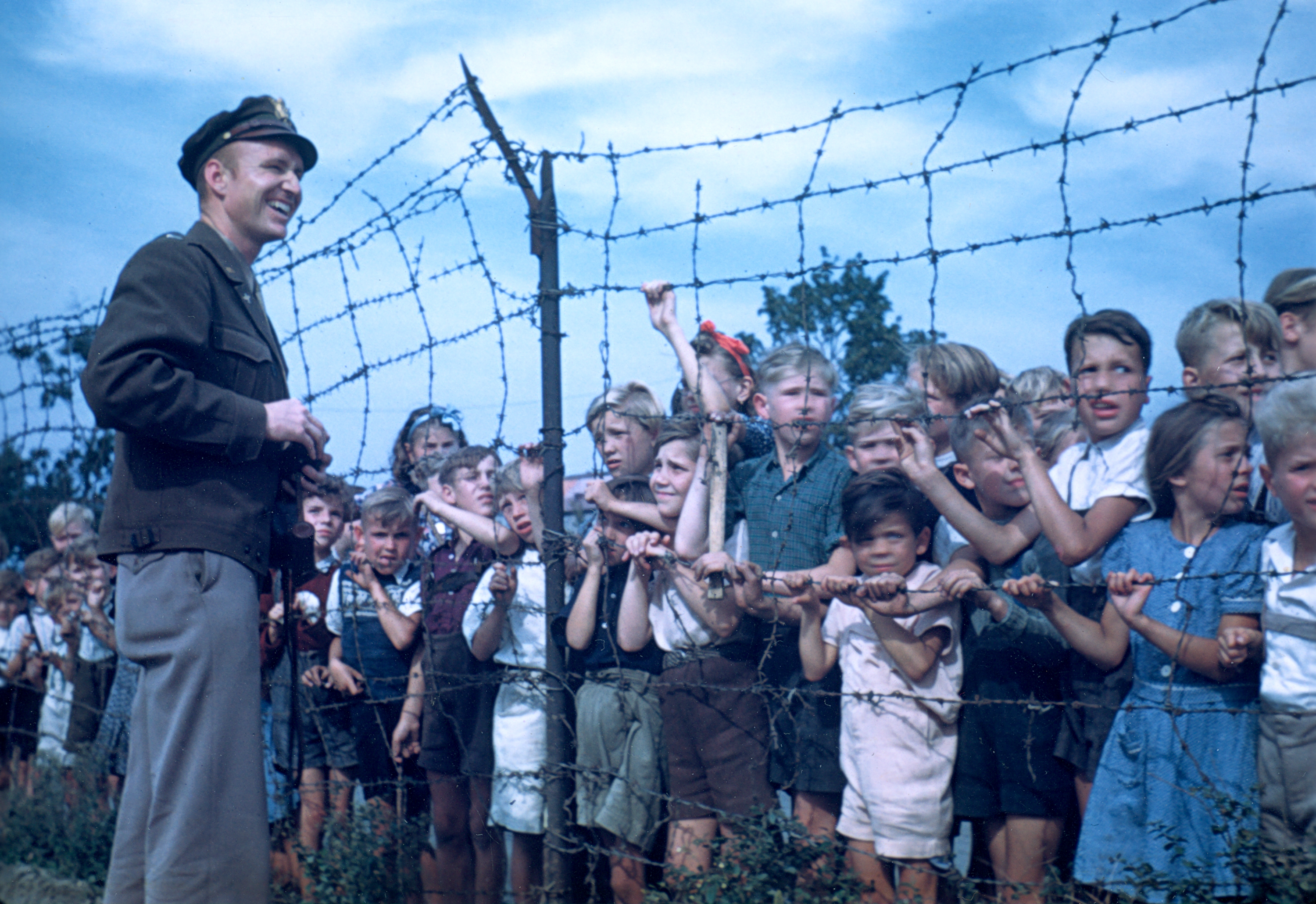 Colonel Gail S. Halvorsen, or, “The Berlin Candy Bomber” served as a catalyst for this operation. As America geared up for the looming world war, Halvorsen was awestruck with the planes he saw flying while he labored on his father’s sugar beet farm in Tremonton, Utah. With a dream for flight, Halvorsen applied for and was accepted into a pilot-training program. The attack on Pearl Harbor prompted him to join the Army Air Corps, and he trained on fighters with the Royal Air Force. Reassigned to military transport service, Halvorsen remained in the service at war’s end. He was flying C-74 Globemasters and C-54 Skymasters out of Mobile, AL, when word came in June 1948 that the Soviet Union had blockaded West Berlin.  During the 15-month airlift (Operation Vittles), American and British pilots delivered more than 2 million tons of supplies to the city. But it was Halvorsen’s decision to airdrop candy to children (Operation Little Vittles) that clinched an ideological battle and earned him the lasting affection of a free West Berlin. Today, Halvorsen is affectionately known by Berliners and many around the world as the Candy bomber (“Rosinenbomber”), Uncle Wiggly Wings (“Onkel Wackelflugel”) and the Chocolate Pilot.

Our business puts people first and was founded on the principles that recognize the worth of every individual. Our success depends upon our ability to create and maintain a nurturing environment where individuality is promoted and dignity is preserved.

We provide patients the most affordable, high-quality services for all recognized Utah veterans, spouses and surviving spouses who require short term rehab or long term nursing home care as defined by the VA or Medicare and as certified by a physician.

Our admissions are overseen by a team process available 7 days a week that includes the Administrator, Director of Nursing, Medical Director, Admission’s Coordinator and other staff members needed to support a successful transition into the Southern Utah Veterans Home.

“We embrace a reverence for life and a heart for healing.”

Dawn McLain, Write It Up!

Write It Up! is a small, full service advertising agency based in Southern Utah. Since 1994, our team has focused our efforts on nonprofit organizations and small for profit businesses in need of strategic marketing and public relations planning, development and implementation.
Phone: 702-860-2341
Email: dawn@writeituponline.com