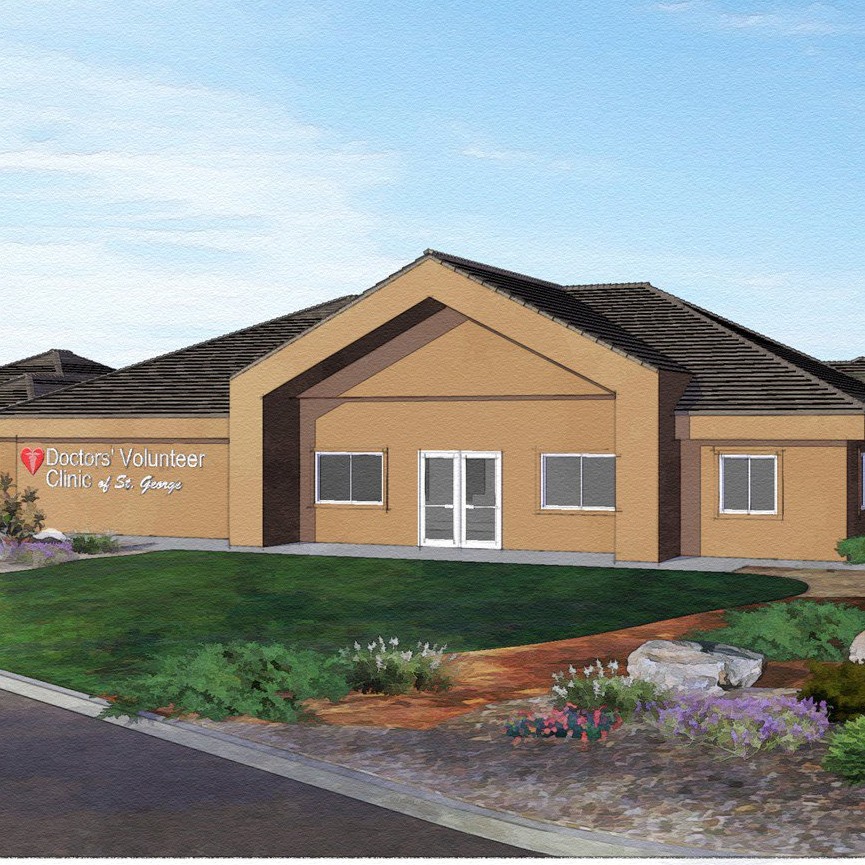 The Doctors' Volunteer Clinic is a non-profit, non-government healthcare organization that provides access to affordable healthcare services for the uninsured, underinsured and low-income in Southern Utah by acting as a safety net of services that include primary medical care, mental health services, and dental care.

In 1998, the Washington County Medical Association, with Dr. Paul Doxey as President, organized several local community agencies in an effort to give back to the 20 percent of Washington County residents who were uninsured and unable to afford healthcare. The local homeless shelter, Dixie Care and Share, offered the use of their kitchen and one bedroom, which was turned into an exam room. The doors of the DVC opened in February 1999. With a donation from the Washington County Medical Alliance, and the help of two retired volunteer physicians, the clinic saw more than 3,000 patient visits that first year. It soon became obvious that there was a great need for affordable healthcare for those without insurance. Equally obvious was the need for a larger space in which to provide care. The Boots Cox family generously donated land and the Southern Utah Home Builders Association (SUBHA) offered to build a facility with donated labor. Local building suppliers helped immensely and provided a majority of the materials free of charge. The clinic operated out of that 3,000 square foot building until 2010 when the nation's economic crisis created a burgeoning population of patients, as many lost their jobs and health insurance. Due to the increased demand, clinic providers were treating patients in the hallways and storage closets. SUHBA and local suppliers again stepped forward and donated labor and materials. This allowed the clinic to add four exam rooms, a new mental health wing, and dental suite. The cost of the expansion was an estimated $200,000, but when the final bill was submitted, it was less than $50,000, which was paid with generous donations from the community and a grant from the Eccles Foundation. The construction industry, although hardest hit by the economic crisis, donated the balance out of a desire to help their neighbors. The volunteer spirit in Dixie is alive and well, as exemplified by over 75,000 patient visits since the Clinic was founded in 1999.

Monday through Thursday 9am- 4pm

Monday through Thursday 9am - 4pm

Friday 9am to 3pm