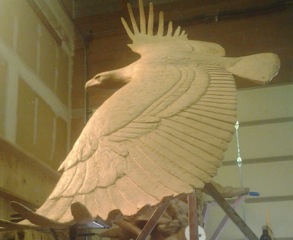 Local Artist, Edward E. Hlavka’s latest sculpture the Eagle Freedom Monument will become a centerpiece for the Southern Utah Veterans Home in an official dedication ceremony.  An inspiration to all Americans, the bronze statue features a ten-foot wingspan symbolizing the freedom our veterans have dedicated their lives to ensure.

Ivins, UT – The Southern Utah Veterans Home (SUVH) is pleased to announce a community dedication ceremony for the Freedom Eagle Monument on May 29, 2015.  The monument is a bronze statue created by local artist Edward E. Hlavka.  Mr. Hlavka is well known throughout Southern Utah and has been commissioned on such high profile pieces as “Ivin’s Now and Then” for Ivins City; “Of Earth & Sky” for Richard & Cynthia Hughes; “Five Running Stallions” Split Rock Company (located at the Ivins round-a-bout on Snow Canyon); “Mother Cougar and Cubs” also for Split Rock Company and many other nationally commissioned pieces.

In attendance will be Mayor Chris Hart of Ivins City; Artist, Edward Hlavka; and Major General Jefferson Burton.  Mayor Hart played a pivotal role in the Freedom Eagle Monument, “I had the opportunity to tour a veteran’s facility in Ogden during the early stages of development for the Southern Utah Veterans Home.  The facility I toured had a Clock Tower monument on site that was phenomenal.  The staff explained that the monument was a symbol of freedom for their veterans to enjoy.  That really resonated with me, and I wanted to bring the same type of inspiration to Ivins.”  During the development process Mayor Hart presented the concept to the design team, and the Freedom Eagle Monument idea quickly went from idea to project.

Mayor Hart reached out to Edward E. Hlavka, the same artist who created the magnificent “Five Running Stallions” piece seen on the Snow Canyon Parkway round-a-bout entering Ivins.  A creative genius known for capturing the essence of each piece, Hlavka accepted the project and “truly took it to heart” said Mayor Hart.

The Freedom Eagle Monument is a ten foot bronze statue of an eagle soaring gracefully in flight above a sandstone pillar rising almost twenty feet.  The Southern Utah Veterans Home nestled against the iconic Red Mountain will be the perfect nesting place for the inspirational eagle.  Once dedicated, the monument will be a symbol of the freedom that all Americans enjoy and a beacon of pride for the residents of Southern Utah Veterans Home who have fought and sacrificed greatly to protect.  “It is impossible to show the sheer magnitude of respect and appreciation we have for our veteran residents, but we do hope the Freedom Eagle Monument will become a constant reminder of how grateful we are for the service and dedication of our veterans.” said Jerry Olson, Administrator, Southern Utah Veterans Home.

Now, more than two years in the making, the eagle is complete.  The nearly $100,000 project was a fundraising labor of love for all involved.  Said Mayor Hart, “As the building was constructed, commemorative bricks were sold that will surround the base beneath the sculpture.  Some of those bricks are in recognition of the fallen; others honor those who’ve stood in support of a Soldier, Sailor, Airman or Marine.”  Commemorative bricks make up just half of the donations required to fund the monument, the remaining $50,000 was made by two friends who are both local Ivins residents.  “It is exciting and heartwarming to be a part of the Freedom Eagle Monument, I am thankful to everyone who participated in bringing this project to life, and to the Southern Utah Veterans Home.”

Cost:  FREE to all; Open to the public

“America the Beautiful” Performed by the Olson Family

“You Raise Me Up” Performed by Brodie Perry

*Light refreshments will be served.  Entertainment will immediately follow the ceremony. 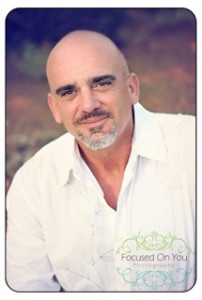 A native of South Dakota, Edward Hlavka developed an early passion and natural ability for sculpture. As a teenager, he toured Italy and was influenced by the works of the Renaissance masters and later returned to study figurative sculpture in France.

Hlavka’s more notable works include a monument representing the Oneida Indian Nation for the Smithsonian Institute’s National Museum of the American Indian, located in the Mall in Washington D.C., as well as Helen Keller, commissioned for the State of Alabama and unveiled in the U.S. Capitol building in Washington D.C.

Edward is currently residing in Ivins Utah. One of Edward’s local works, “Five Running Stallions” can be viewed in the round-about on Snow Canyon Drive.

Our business puts people first and was founded on the principles that recognize the worth of every individual. Our success depends upon our ability to create and maintain a nurturing environment where individuality is promoted and dignity is preserved.

We provide patients the most affordable, high-quality services for all recognized Utah veterans, spouses and surviving spouses who require a skilled or long term nursing home as defined by the VA or Medicare and as certified by a physician.

Our admissions are overseen by a team process available 7 days a week that includes the Administrator, Director of Nursing, Medical Director, Admission’s Coordinator and other staff members needed to support a successful transition into the Southern Utah Veterans Home.

“We embrace a reverence for life and a heart for healing.”

Dawn McLain, Write It Up!

Write It Up! is a small, full service advertising agency based in Southern Utah. Since 1994, our team has focused our efforts on nonprofit organizations and small for profit businesses in need of strategic marketing and public relations planning, development and implementation.
Phone: 702-860-2341
Email: dawn@writeituponline.com